Gypsum board supplied by one of the Chinese manufacturers, details show in table 1 and table 2.

2.1 Testing of Strength and Softening Coefficient

According to GB/T 17669.3-1999 (Building gypsum mechanical properties determination method), the strength test was going to begin immediately after forming 40x40x160mm gypsum block, ageing and drying to constant weight in 40℃ oven. Softening coefficient is a specific value between the strength of the gypsum block in water saturation status and drying status. Typically, the gypsum block will get water saturation status in 2 hours after immersing water.

Weigh out the constant weight of the gypsum block and write it as B1. After that, put it into 17℃ and 23℃ water, immerse it 30mm, without clinging together with bottom and wall of the water tank. Take out the gypsum block after 2 hours soaking in water and towel off the moisture in surface. Weigh out it as B2 and work out the water absorption rate, accurateness adjusting to 1%.

3. The Results and Analysis

3.1 The Proportion of Gypsum and Water Influences the Water Absorption Rate

Weigh out 300g of gypsum and stirs an amount of water make it into gypsum slurry, drying to constant weight in 45℃ oven. After that, work out the water absorption rate according to the test method mentioned in 2.2. Due to the 45% water demand of normal consistency and quick condensation time, our tests chose 0.45, 0.50, 0.55, 0.60 separately as water/gypsum proportions (Chart 1) 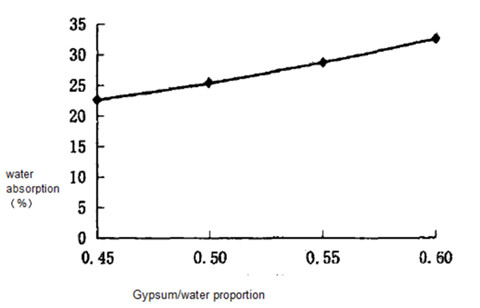 Chart 1: The effect of water absorption by the proportion of water and gypsum

We separately tested the addition of silicone fluid in the proportion of 0.2%, 0.4%, 0.6%, 0.8% and 1.0%, to get the results of effect to water absorption of gypsum blocks. At the same condition, we also analyzed the effect of adding silicone fluid into gypsum slurry with different water/gypsum mix proportion. Refer to Chart 2.

The reason: As the water repellent agent methyl hydrogen silicone fluid added into the gypsum, the polysiloxane with -Si-O-Si main molecular chain and organic molecular side chain will combine with -OH molecular chain in gypsum raw material, to form a low tension hydrophobic membrane in the surface of gypsum inner porosity. This hydrophobic membrane will prevent the gypsum block from water or moisture penetrating. When the silicone fluid added proportion is increasing, there are more hydrophobic membranes formed, and water absorption will be decreasing. Because of the tiny air permeability of polysiloxanes, the water absorption will be still going up if it continues to increase the silicone fluid adding after a critical value has been reached.

3.3 The Effect to Strength and Softening Coefficient of Gypsum Block After Adding Methyl Hydrogen Silicone Fluid

Chart 3: The effect to strength by adding proportion of silicone fluid

Chart 4: The effect to softening coefficient by adding proportion of silicone fluid